ParallelKnoppix is a Live CD based on Knoppix, which is also a Live CD that is itself based on the Debian Linux distribution. ParallelKnoppix lets you create a Linux cluster equipped with parallel programming tools/libraries such as MPI in just a few minutes. It saves a lot of time that we spend in configuration of the computing environment. The existing environment is not disturbed using ParallelKnoppix, since a Live CDs distribution runs without installation (a directory is created on the Master Node; it can be deleted after rebooting if desired.)


ParallelKnoppix is a re-master of Knoppix that allows setting up a cluster of machines for parallel processing using the LAM-MPI and/or MPICH implementations of MPI. Getting the cluster up and running takes less than 15 minutes, if the machines have PXE network cards.

Clustering is one of the cheapest techniques to achieve parallelism. Clustering by using Linux is one of the Linux powers. A number of universities and other organizations mimic supercomputing by connecting PCs via Ethernet cards under Linux. Linux has been widely adopted by the scientific community to do their research work since it is loaded with a number of scientific tools such as LAM, MPI, PVM, and many more, so Linux is well suited for parallel computing. But the problem is that scientists and programmers have to do a lot of pre-configuration of the Linux environment. This makes their task slow and complex.

Now, the Linux gurus have solved this problem by developing Live CDs. Now the researcher can choose a Live CD to do parallel programming without the need for long configuration and the cluster is ready within a few minutes.

One of the Live CDs for parallel programming is ParallelKnoppix. Other Live CDs, such as BCCD and ClusterKnoppix, are also available.

Just like its predecessor Knoppix, ParallelKnoppix will detect all the hardware and peripherals automatically. I have tested it on a D865GBF Intel P-IV board as well as an Intel 810C (P-III), and ParallelKnoppix configured all the hardware automatically - nothing else needed to be done. The computers that are configured using ParallelKnoppix share a common directory, which is created on master node via NFS (the Network File System). The Master node is booted using the CD and the slaves are booted using the network (the Master node runs a DHCP server.) The slaves have PXE-enabled BIOSes with PXE-compliant NICs.

Each and every service needed for LAM/MPI is configured automatically. DHCP, NFS, SSH (with passwordless logins) are all set up and running - and you are ready to experiment with MPI programs and other parallel applications.

As set up, ParallelKnoppix is not very secure - the Live CD password for both the regular user and the super user (root) are publicly known. Anyone with even a little knowledge of ParallelKnoppix can easily access the ParallelKnoppix cluster. In this case, the ease of setup is obtained by compromising some security as a trade-off.

[ As a general rule of thumb, your ParallelKnoppix network should be isolated from the Internet, and usually even your intranet, if security is at all a concern. -- Ben ]

What is PXE boot?

PXE is an acronym for the Preboot Execution Environment, a technology that is used to boot a PC remotely through a network. PXE must be supported by the system BIOS, and the network interface card needs to be PXE compliant.

What do I do if my NIC is not PXE-compliant?

You'll need to either install a ROM chip with an Etherboot image on your NIC, or burn a CD using the image; ROM-o-matic.net dynamically generates Etherboot ROM images.

The ISO file is available at the following locations:

MD5SUM for the image: http://pareto.uab.es/mcreel/ParallelKnoppix/parallelknoppix-2004-12-16.iso.md5

Check the home page if the above links expire.

After downloading the ISO images, check the MD5 checksums against the ISO images to ensure that your download was successful. Do this by running the md5sum program from a shell prompt and comparing the values returned:

In the above command, replace isofilename with the correct file name.

If you are for some reason not using Linux, you can use md5Summer for Windows. An MD5 summer for DOS is also available.

If the MD5 sums match, burn the ISO images to CDRs or CDRWs. Note: writing the ISOs to CD requires a program such as cdrecord.

How does it work?

There is a nice Parallel Knoppix tutorial full of step-by-step instructions, screen shots of the configuration process, etc., available here in HTML format or here in PDF. If you exported your CD-ROM to the nodes, it will easily accommodate 50 nodes, but more than that have not been tested. I actually tested only 5 nodes myself.

What do I do if multiple DHCP servers are running?

If using this at a university (like I do), you're likely to run afoul of the "official" DHCP server, and possibly another PXE server. When you try to boot the nodes using the terminal server, the nodes will often boot from the pre-existing PXE server, and they will often get their IP addresses from the official server, not the DHCP server running on the computer that was booted from the ParallelKnoppix CD. The solution I have so far is to physically disconnect the computers to be used as nodes from the pre-existing PXE and/or DHCP servers, or to get help from the administrators to temporarily disable those servers. If anyone knows a more elegant solution, I'd like to hear about it. I think it involves messing around with miniroot.gz, and using Rom-o-Matic to create the PXE boot ROM. Too horrible for further contemplation... at least for me.

How it works (Summary)

The ParallelKnoppix Live CD is used to boot a master node. Once the master node is up, a script is executed which sets up a DHCP server, shares a common working directory to all nodes using NFS, generates the public keys for SSH to work properly (passwordless logins), etc. After DHCP on the master node is running, the clients (slaves) are booted using PXE boot. After the successful booting the sample directory is copied to the NFS shared common directory and programs begin executing in parallel on multiple PCs.

I am an undergraduate student of computer science and I was given a project to solve a mathematical problem using MPI in the parallel computing lab. I chooses ParallelKnoppix as an alternative to demonstrate my MPI program in the Linux environment. When the master node is booted using the ParallelKnoppix CD, at some point during the boot it will ask you the resolution; just enter '6', because it is the maximum resolution mode supported. After my Master Node booted, I ran the setup script (K -> ParallelKnopix -> Setup ParallelKnoppix, per the above tutorial). When the script had created the DHCP server, I turned on my slave nodes and let them boot using PXE. All the nodes booted successfully.

I then copied my program to parallel_knoppix_working, and ran my MPI program in parallel. It was literally that simple.

For compilation, I use

For execution, I use

"The ParallelKnoppix CD provides a very simple and rapid means of setting up a cluster of heterogeneous PCs of the IA-32 architecture. It is not intended to provide a stable cluster for multiple users, rather it is a tool for rapid creation of a cluster for individual use. The CD itself is customizable, and the configuration and working files can be re-used over time, so it can provide a long-term solution for an individual user."

-- From the ParallelKnoppix Tutorial By Michael Creel 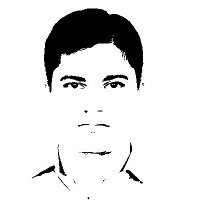 Majid Hameed is an undergraduate student at Department of Computer Science at the University of Karachi, Sindh, Pakistan. Primary interests are Artificial Intelligence, Operating Systems, Networking, Programming and Computer Graphics.

Copyright © 2005, Majid Hameed. Released under the Open Publication license unless otherwise noted in the body of the article. Linux Gazette is not produced, sponsored, or endorsed by its prior host, SSC, Inc.