This March conference, at the Santa Clara Convention Center, has been the flagship conference of the CMP empire. This year SDWest offered the usual solid matrix of developer tracks, but showed a growing emphasis on security in software development. There were also a significant number of sessions focusing on Agility in the development process, meaning that Agile methods are becoming mainstream.

Not only did we have Scott Ambler [an industry-recognized software process improvement (SPI) expert and contributing editor with Dr. Dobb's Journal] discussing XP, RUP, and SCRUM in an evening BOF and Agile Modeling in a halfday tutorial, but he also presented a technical session on Agile UP - Streamlining the Rational Unified Process (RUP). In fact, there were 47 sessions referencing "Agile" methods out of 235 total sessions including titles such as "Agile Estimating and Planning", and "User Stories for Agile Requirements".

Another trend was the rise of AJAX. Almost as many sessions addressed this REST approach to updating web pages as sessions focused on Web Services [including WS-Security]. This is the paradigm du jour for new web development.

One of the surprises at the conference was seeing the last run by the now-defunct Software Development magazine. The whole operation -- articles, archives, conferences, etc -- are now under the Dr Dobbs logo. So future conferences will be "Dr. Dobbs' SD Expo" conferences, and the URL "http://www.sdexpo.com" is redirected to the Dr. Dobbs site. Although this is partly a rebranding effort, some of the well-known staff personalities were not visible. I would speculate that some other publications in the CMP stable may also do the consolidation dance this year. [as a note of historical interest, "Software Development" used to be called "Computer Language"]

This year, Microsoft's Visual Studio swept the awards. The VS product manager, Rick LaPlante, went up a record 4 times for the Jolt awards. This included Jolt's Best Product Award along with several others, including the prestigious long-term Accomplishment Award. They also had one of the last keynotes to present the new features of the award-winning VS Team System product.

The VSTS demo showed integrated unit test refactoring, code coverage checking, and result tracking. Everything goes into a data warehouse for team access, and reports are available in Word and Excel formats. Also, VSTS has wizards for building stress and performance tests which show bottlenecks via automatic instrumentation. The final part of the demo showed linking TEAMprise in a Linux environment to the VSTS repository -- impressive, and maybe something that would catch your boss's eye, but the TEAMprise folks started as developers of VS addins. TEAMprise is not primarily a Linux vendor.

The best keynote also had the most intriguing title -- Artificial Artificial-Intelligence and the Web. This was partly an introduction to Amazon's experiment with with making public Web Services [and flexing its software muscles], introduced by Amazon's WS evangelists Philipe Babrera and Jeff Barr.

To tease our interest, the presenters retold the arcane history of the 19th Century enigma, the Mechanical Turk. This was purported to be a mechanical chess player seated at a chess board that could play winning games. In actuality, a very small chess master controlled the mechanism from the trunk beneath the board that supposedly housed the machinery. Because a human was in the mix, this was a form of "Artificial Artificial-Intelligence" and Amazon has borrowed the name for its new Web Service that links computers and humans.

The big idea is to use human interaction to understand input questions and their context, aided by web automation.

Clients can ask for services at http://mturk.amazon.com [which is really an asynch parallel network of human processors].

The task are farmed out to HITs -- Human Intelligence Tasks. The Web Service organizes the tasks, allows human agents to volunteer for the tasks, collects and forwards the results to the requesters. And all of this is organized by micropayments of a penny or a dime or even a dollar a HIT.

On a practical level, Amazon had millions of photos of business addresses, many similar and some just mislabeled. So they used the Mturk community to verify and clean out inventory. They made small payments for each verifed or corrected image and spent only a fraction of what the effort would have cost by an outside agency. In effect they harnessed the intelligence and knowledge of a large community of web users. Of course, some members of the audience were concerned that this might create a legion of web wage serfs, working at or below legal minimum wage.

A new company has organized itself around this service, http://askforcents.com. Currently they are offering free requests as they workout the service details and business model.

REST is a development technique for Web Services using HTTP and, very often, XML. REST has ruffled feathers in the Web Services world because of its 'simpler is better' development strategy. For example, Ajax-Rest Components are agnostic and do not require a file ending like .html, .aspx, or .jsp.

For his Ajax Patterns Framework, try this link: http://www.devspace.com/~cgross/sources/snapshot/ajaxframework.zip.

And for a really detailed overview on AJAX, visit: http://www.telerik.com/default.aspx?pageid=2692.

Another gem of SDWest06 was the 2-day tutorial from C++ Experts Bjarne Stroustrup and Herb Sutter. This required a special VIP or C++ Tutorial Pass for attendance. It began with a 25th-anniversary keynote placing C++ in historical and future context. Among other topics were new ISO C++ Libraries, C++(0x) and the Concur Project, and Exception Safety. A full description is available here: http://www.sdexpo.com/2006/west/tutorial.htm.

An added "Grab Bag" technical track included sessions such as "Essential Virtual Computing Tips and Tricks" for VMWare and Virtual Server and "Open Source ROI" which offered real world case studies. [Here is a link to the Open Source Maturity Model that was discussed: http://www.navicasoft.com/pages/osmm.htm ]

The Expo was small again, but featured a good mix of build tools, code testers and software houses. There were raffles for Sirius satellite radios, American Express checks, free software, and trainings. But by far the most interesting was Macabe's instant lottery. They offered a check for $100,000 [!!!] if some one punched in the correct 6 numbers on a key pad. That would be easy if you had 999,999 chances, or knew the previous entries, but no one did.

This year again SDWest conferencees got large black tote bags and again had sandwiches each day in boxed lunches. On these points, EclipseCon was clearly superior with a logoed backpack and full sitdown meals. Of course, EclipseCon was much more narrowly defined - but that is also an advantage; it was all Eclipse, all the time.

The best reason to come to the next SD Conference is the stellar cast of developers and trainers who run the rich and detailed technical sessions. And the broad scope and platform agnosticism is also refreshing. You can't eat those things in many other conferences... 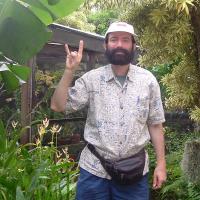