I have always been skeptical of media players and music management software... using a bare minimum player like XMMS to play my digital music. I have tried quite a few different ones: Rhythmbox, Banshee, etc.; I've also giving a fair time to demos of iTunes and the Yahoo Music engine, recommended by excited Mac and Windows weenies.

So, when a friend came to me and said "try amaroK!", I said, "Yeah, right!" and blew the idea out with a puff of smoke.

Then, yesterday morning, I got stuck in a traffic jam and as a result didn't feel like writing any kind of code - so I decided to install amaroK. :) Installing it on FreeBSD 4.11 could be only covered under a full-fledged technical orientation session; since that might scare lots of people, we will not dwell on those perils. Besides, I have it installed under Linux as well.

The really cool thing about amaroK is that you can install it and it's ready to serve you in its full glory within a couple of minutes - at least under Linux. :)

Tracks are imported into a "collection", which is displayed in the left pane in a file manager-like fashion. Tracks must be added to a playlist before one can hear them. There is a playlist tab which has "Smart Playlists", and - of course - you can create your own.

Unlike most applications on Linux, eye-candy is not overlooked here, but is actually given as much importance as usability and features. I especially liked the "on-screen display" which comes up every time amaroK starts playing a new track; mousing over the task bar icon shows the name of the current song and also adds a little album cover. A lot of work has gone into creating such a visually appealing tool, and in my opinion at least, the effort was well worth it.

amaroK copies the winamp/XMMS shortcuts and does a great job of handling them. It also adds XMMS shortcuts to a meta key of your choice and gives you "Global Shortcuts." Dont like the current song? You don't have to switch applications/virtual desktops, search for amaroK, or look for any 'skip' keys - just press WIN+B. Sweet, or what?

And did I tell you it displays the lyrics of the current song in a little box? did I mention it also gives you a musicminds recommendation? maybe I forgot about the fact that it also looks up the artist at Wikipedia and shows the information in a little box. Oh, yes... I did forget to mention that it automatically downloads album covers from Amazon.

Sometimes, though, amaroK gets in my way rather than helping. For example: every time you play a song, it changes to the "Current" tab. This is rather irritating; if you were in the 'Playlists' tab and going through a collection - listening to a bit of this, and a bit of that - you'll be forced to the 'Current' screen.

That being said - I really like amaroK and am really looking forward to version 1.4. What I particularly like about it is the cover/lyrics/tag fetching, as well as the potential value of dynamic mode and its iPod support.

I have Linux on my laptop, and it's also running amaroK now. In my opinion, 'gstreamer' is a whole lot more stable than 'aRts'; the latter seems to be unmaintained, and imposes a lot of overhead.

Amarok appears to be written by hackers who themselves are truly fond of music. It is a increasingly attractive and capable tool, and these guys seem to be just getting warmed up. I'm really looking forward to seeing what they'll do next! 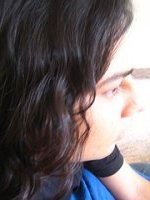 I work at Yahoo! on global Yahoo! operations, application level monitoring, writing articles on, speaking about and researching on monitoring and how it helps application performance. In my free time I do testing, documentation and bug fixes for the free software projects that I use the most.

Copyright © 2006, Pankaj Kaushal. Released under the Open Publication license unless otherwise noted in the body of the article. Linux Gazette is not produced, sponsored, or endorsed by its prior host, SSC, Inc.