I recently read a tip you submitted to linuxgazette.net back in December of 2003:

I'm using scponly for one of my users and recently he asked for the public key to bypass password prompt. Did you create the user as normal and then add them to scponly? Or did you add them using scponly's script (setup_chroot.sh) first?

and was contacted by a reader a little while back, telling me it's not working for him. I could verify that with the current version of the perl module OpenOffice::OODoc the script indeed fails to create the slides in the odp file. It includes the pics -- you can extract them, but they are not shown on any slides, and there is only the one default slide.

A rather simple change to the script fixes the problem:

and the script works again. A small caveat: I've sometimes problem with the slides beeing in the correct order (i.e. not the order in the inputfile), but I can't say under what conditions this can happen yet.

I have been trying to modify your script to work with latest Knoppix with no luck at all. File called 'linux' is too big to fit to floppy and besides, it seems that latest Knoppix cannot boot from diskette.

Please tell me, what is the latest Knoppix version that can work with your script? Could you please make a boot.img that would work with Knoppix V5.0.1 and put it online somewhere?

[ In reference to Build a Six-headed, Six-user Linux System in LG#124 ]

Non-linux machines: any recommendations for this set-up though running on Windows XP?

I'm going to CC the LG Answer Gang on my response, since this is pretty much the purpose of TAG; also, chances are that someone else may be able to cover any areas that I miss.

Well, that sounds like a fair sort of deal... but I don't know that I can answer the question as posed. In my mind, at least, it comes down to "why doesn't dhcpclient work as it should?" - and I can't really tell you, since I don't use it. I suppose you could always take a look at your '/var/log/{daemon,kern}.log' or '/var/log/messages' and figure out where it's failing.

To be a bit more specific, I've tried using 'dhcpclient' in the past - I don't recall why - but it simply didn't work no matter what I tried, on a "known good" Ethernet connection which worked fine with 'pump' on a different machine. I pounded on the config file for a while, tried everything in the manpage - then gave up and installed 'pump'... and everything instantly started working - and if I recall correctly, it required no configuration on my part.

I've been using 'pump' ever since.

These days, I usually use the 'ifup/ifdown' front ends instead of using it directly (although sometimes I forget and use it directly; it works fine either way.) I never have to set the ESSID unless I'm trying to get onto a private network; the one time that I ended up wrestling with it turned out to be a case of solving the wrong problem - the responsible bit was a broken kernel module for my ipw2200, and not the client at all. As I've said, It Just Works.

I'm Thai from Vietnam. I just want to introduce you Kiosk Appliance (http://kiosk.rpath.org) which is a distro focusing on user's security and privacy inspired by your article "Creating a Rudimentary Kiosk System using FVWM". Using rPath technology, I provide 3 versions of Kiosk Appliance: a VMWare image, a LiveCD and an installable CD. Included is just enough rPath Linux and FVWM to run a locked down version of Firefox. Firefox is also pre-configured to automatically reset after each used so that personal information is never stored permanently. The current stable version is 0.2 which features:

1) Clear all personal data on exit;

2) Reset after a period of inactivity;

...and much more, you can view more details at http://www.rpath.org/rbuilder/project/kiosk/release?id=5096

I've been working on Kiosk Appliance 0.3 which has many more features such as the ability to disable access to Firefox's internal URLs or dialogs, i.e about:* URL, the Firefox Preferences dialog...I hope K.A 0.3 to be released on the next few days. Many thanks to Thomas Adam for helping me to configure fvwm.

Any thought or suggestion? I'm really anxious to hear from you.

Hi, Just want to shout out that the puzzle is great! I'd been a long time reader of linuxgazette (since 2001 I guess) although I lost interest in linuxgazette for a while (maybe because I'm no longer a linux newbie). Now I'm really looking for the next issue :D I noticed that the september's puzzle is harder than the august's. But I won't complain just because I couldn't complete the puzzle myself. I think puzzles are good for newbies too to examine what they learned and find some fun of it. For that, we need easier puzzles with common acronyms such as gnome, kde, and other common commands. So if you have enough manpower, two puzzles in an issue would be great (one for geeks and one for newbies). Cheers,

[ In reference to The Monthly Troubleshooter: Installing a Printer in LG#130 ]

I have an hp 1200 and everytime I try to scan, the computer does not recognize the scanner within the printer. I have installed everything on the hp disk, but the computer doesn't see it. I can print just fine, but no scans. Help

Shouldn't the tests be if(buffer_... = NULL)? Probably a typo

I have a similar Zaurus 3100. I checked out both Openzaurus' OPIE & GPE. They were nice, but felt too similar to a palm pilot or a "plain" old PDA.

If you really want your Zaurus to be just like a "regular" PC running a full blown OS, OpenBSD on the Zaurus is great. It's the full OS installation with gcc, X windows, etc. Basically, if it compiles on OpenBSD it'll work on the Zaurus. Completely self-hosted development--no need for cross compilers on other boxes. Combined with a lightweight desktop such as blackbox it's amazing.

Oh, the story hit the news

. I'm sorry I wasted so many of your precious column inches. Hopefully someone finds the thread interesting or even useful.

Just to clarify, Groups of Linux Users Everywhere (GLUE) was never related to Linux Gazette. Linux Gazette was hosted at SSC (linuxgazette.com) for a period of time. GLUE was a separate project (I think it was created by SSC but I don't know its origins). Because they were on the same server, SSC may have put it under the linuxgazette.com domain at some point, but it was never a part of our ezine. I made one version of GLUE and I thought it was under the linuxjournal.com domain, but that was so many years ago that I don't remember for sure.

Re file renaming (here, using "wavren", may I recommend installing the qmv and imv utilities. They are excellent. http://www.nongnu.org/renameutils/

qmv
-> brings up an editor with columns for oldname, newname. Checks for errors.

Just I recommended using GMail instead of sendmail (because I read that GMAIL was secure).

The only problem is that I used my real name... ooops 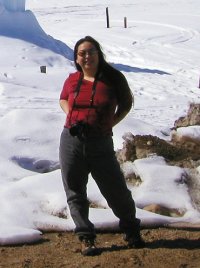